You are here: Workshops 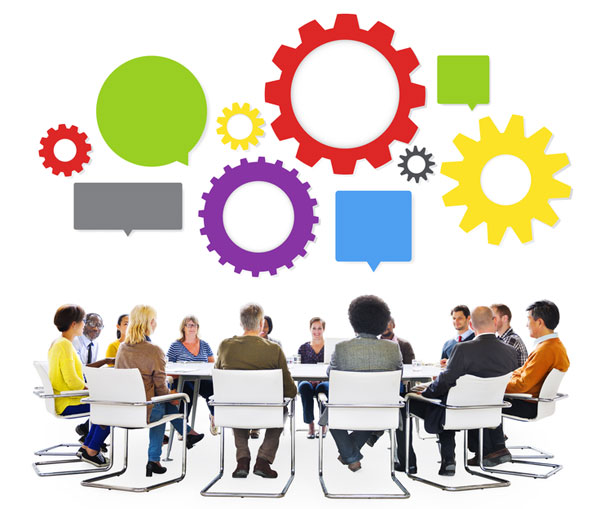 These are the selected Workshops for the X-Meeting 2016:

Bioinformatics is an interdisciplinary research area which deals with the development of computational methods for biological data analysis. While traditionally associated with genome sequence analysis, it is currently widely spread among other domains such as transcriptomics, proteomics, phylogenomics, etc. Brazil has a very active community interested in developing and/or using computational methods which deal with proteins. As it can be seen from past X-meeting editions, Proteins and Proteomics is one of the areas with the highest rate of poster submissions. Despite that fact, it has been very underrepresented in recent meeting editions, with very few speakers from this field.

The objective of this symposium is to offer a set of talks on Protein Bioinformatics, the central theme being the development of methods for protein characterization. This will include methods based on structural data and also large scale sequence analysis.

The Brazilian Bioinformatics Network (RNBio) was created in January 2014 as a result of a Structuring Program of the Ministry of Science, Technology and Innovation (MCTI) aimed at strengthening research involving the use of bioinformatics in Brazil. The core founder of RNBio is formed by LNCC, LNBio/CNPEM) and UFMG. RNBio network’s mission is to foster the development of research projects in multicentric format and the training of human resources in thematic studies involving computational biology, eg. studies involving genome sequencing, analysis of transcriptomics and proteomics, systems biology and interactome studies. The RNBio also aimed to work closely with the High Performance Processing National Centers (CENAPADs) structured in the National of High Performance Computing Network (SINAPAD). CENAPADs/SINAPAD offers the performance capability of computational resources in many Brazilian institutions. Parallel and distributed computing is frequently used for scaling up the execution of computationally and data-intensive softwares. These computations often involve the collaboration of a large number of geographically distributed and heterogeneous resources. Grid computing was proposed for managing users and computational resources in distributed computing environments that often include multiple institutions. Scientific gateways consolidate this functionality to provide grid-enabled scientific applications through Web interfaces. SINAPAD uses the CSGrid middleware to support the usage and management of distributed computational resources. Job submission for any of the high performance computing (HPC) resources of the SINAPAD network is possible by a single access point (Web site). The development of Web sites or gateways provides a transparent way for users running their softwares in geographically distributed computing resources. CSGrid offers two key entry points for users: a Java desktop client and a service bus based on CORBA (called OpenBus), which allow that management services as jobs (OpenDreams) and files (HDataService) are provided as secure APIs. These CSGrid services can be accessed through Web applications as the toolset mc2, the Web service REST based on APIs used to develop Web-based gateways and CLI (Command Line Interface).

Bioinfo Portal was built on top of CSGrid middleware benefiting from the specialized technology and architecture. It is currently supported by a team with members from the Bioinformatics Laboratory (LABINFO) and SINAPAD at LNCC and can be accessed at http://www.bioinfo.lncc.br/.

4.2. Objectives The aim of this presentation is to bring out the Bioinfo Portal, a gateway based on APIs service that facilitates the usability and supports parallel and distributed executions of bioinformatics programs and scientific workflows. Actual multicentric scientific efforts to integrate bioinformatics to specialized HPC technologies –and turn it into a successful methodology– will be present to the scientific community, in the context of multidisciplinary in large-scale projects. This computational multiuser platform is accessible and aims to enable the development and interconnection of researchers/users of interest from different areas and strength collaboration in the development of analytical protocols for data execution, storage, and management.

This way, it was developed for supporting scientists of highly expensive executions, using a transparent way but at same time benefit of the HPC provided by SINAPAD through an easy-to-use Web interface.

The developer team is a constituted by Kary Ocaña (LABINFO), Luiz Gadelha (CENAPAD/RJ), Marcelo Galheigo (CENAPAD-RJ/SINAPAD), and Bruno Bastos (CENAPAD-RJ/SINAPAD). Other objectives related to the Bioinfo Portal project are centered in:  to test and choice bioinformatics softwares to be coupled to HPC architectures;  to study and operate the CSGrid/SINAPAD environment;  to implement programs in the CSGrid/SINAPAD;  to execute scientific workflows in the CSGrid/SINAPAD; and  to interconnect to various research groups that may join the network.

4.3. Relevance to the community Brazil has significantly advanced in various fields of science and research in multidisciplinary areas. Bioinformatics has emerged as a very promising area for academic, research and industrial application. It requires knowledge of many branches to leverage advances in multidisciplinary research, in order to strengthen multi “developers / multi-user” laboratories. The capacity for data generation has generated an explosive growth in the complexity, heterogeneity, volume, and geographic dispersion of data (“big data” characteristic). Considering the annual growth of data generated, it is estimated that the biological data reaches 44 zettabytes in 2020. Thus, it is necessary the effective integration with specialized technologies, environments and big data management for HPC, databases and data sharing to cover the key bioinformatics necessities in large-scale projects.

The presentation is based on the core bioinformatics activities developed by RNBio, SINAPAD and LNCC for presenting to the bioinformatics community the achieved challenges, the protocols developed at integrating bioinformatics to HPC at SINAPAD, and the future steps that can open new productive collaboration and human resource formation in the Brazilian bioinformatics community. The Bioinfo Portal will allow users to execute their requirements without having to acquire or configure any architecture. But, since there is a need for scientists in applying their own softwares, future steps include: (ii) meeting/courses for training users at interacting with CSGrid and configuring their own softwares; (i) modeling and executing scientific workflows; and (iii) allowing users for a count with more CPU nodes for their parallel execution, via projects submission.